Mid Winter Trekking in the Himalaya 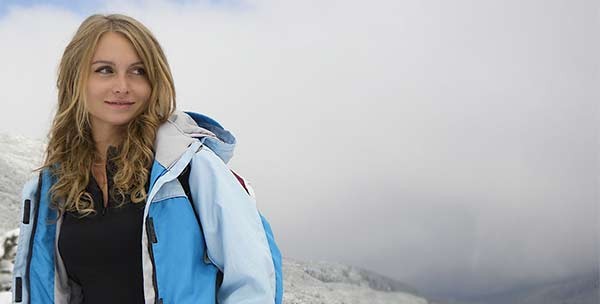 Many trekkers, guides, and local people think it’s not a good idea to travel to higher altitudes mid-winter trekking in the Himalaya during its peak winter months that lie between December and February. Many high passes are covered with snow, making it look like an impossible feat to take these routes for some time. However, trekking in the Himalayas is absolutely possible even during winter and is normal in standard routes with proper preparation without the high passes cross.

Trekking in higher altitudes during the cold season doesn’t need special training or equipment. All that is required is proper clothing to keep one warm and going. Even at altitudes higher than 5,000 meters, it would be absolutely fine to trek if you are properly geared up for the situation.

Day time is pretty warm with mostly sunny days throughout the season. Nights, however, do get pretty cold once the 3,000m altitude is crossed. Lodges in most of the trekking routes are open even in winter, and they provide warm indoors with heating systems. The temperature outside can drop to minus 30 degrees, however, the kitchen area is kept pretty warm with traditional heaters. A good down jacket, sleeping bag, gloves, and warm headgear, and warm socks would be mandatory to bear with the cold.

Higher altitudes bear strong winds and also strong rays from the sun, which can quickly show its impact on the skin. Proper sun protection is essential and sunscreen and sunglasses could be your lifesavers. Trekking poles are very helpful for all seasons but more effective in winter. Washing and laundry can be taken care of once in the warmer lower altitudes.

Trekking Route: can be Done in Winter in Himalaya

A plausible factor that most people worry about winter trekking in Himalaya is snow which blocks up many of the passes and also sends people temporarily living in higher altitudes to their warmer residence in the lowlands. Weather tracking may be quite inaccurate or not much reliable, and trekkers in this season have to keep an eye on any clouds that build up as this could be potential snowfall. In this case, a few day's rests would be the most viable alternative. However, most winter days are clear, which makes for a fine time to trek otherwise. Choosing the winter trek with our high pass cross would be rewarding, thus one can do the Everest base camp or Annapurna Sanctuary, or Everest Panorama trek without any problem.

Certainly, the benefits of trekking in this season is the low density of travelers. As most prefer to trek in peak seasons which lie in October-November or April-May, the well-trailed routes are often crowded. So taking the same route during mid-winter could give you the advantage of having less crowded trails and lodges with quick services and lots of choices. The view from higher elevations is clear and rewarding. Many trekkers have enjoyed their travels to Annapurna, Langtang, Everest, and other popular destinations during this season. You can plan yours as well!