MMA visited the Earthquake Affected area of Dolka and Rasuwa

Mountain Monarch Team has recently visited Sanitar village in Dolkha district which is the epicenter of 2nd Earthquake magnitude of 7.1 on 12 May 2015 after the 1st earthquake of 25 April. MMA is heading to Sanitar Dolakha on 24 May 2015 with a team of 10 people with the required material to rebuild the Shelter/temporary home to its trekking crew with a plan to complete around a dozen family shelters within 10 days. Team also does carries the sanitation material and first aid medicine with them.

Mountain Monarch team also visited the Betang village in Rasuwa district which is close to the Langtang trekking region. With help from the Guildford District Scout Student group, MMA has provided safe drinking water to this village people and also assisted to build 2 schools there in 2011. The team found out all the houses in Betang village and both schools are being totally damaged. MMA is working with Scout group UK to rebuild the school as sooner as possible. MMA team is also set to go the Gumda in Gorkha district, next village to the 25 April earthquake epicenter of Barpak sooner.

Here below is some of the Photo our team took in Sanitar in Dolkha and Betang in Rasuwa, Langtang. 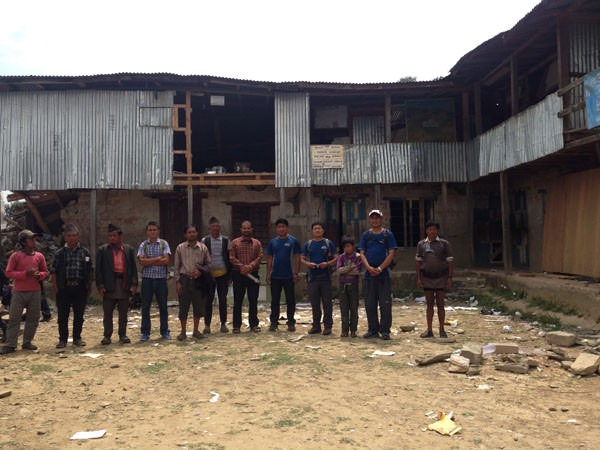 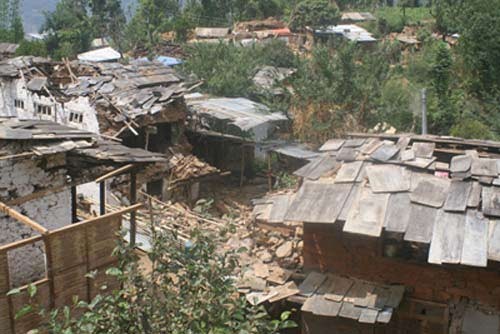