Chitwan Jungle Safari is an exciting and exotic way to search the wildlife in its natural habitat. National Park of Chitwan is situated in south-central Nepal, covering an area of 932 square km in the subtropical lowland of the inner Terai. Proudly it has long been one of the country's treasures - a fabulous wildlife sanctuary. The name 'Chitwan" means ' Heart of the Jungle'. Obviously home to the endangered Royal Bengal tiger, the Indian one-horn rhino, sloth bear, Langur monkeys, wild boar, leopards, jungle cats, various types of deer, and over 400 species of colorful birds.

On our Chitwan jungle Safari trip, we take a ride on the back of an elephant or alternatively jeep drive into the jungle. This is an exciting way to explore the jungle's wildlife at their natural home in a safe way. It also offers a close-up sight of the one-horn rhino in its natural habitat. Furthermore, numerous species of deer, Langur monkeys, wild boar, etc can be witnessed. Over 400 bird species, either as permanent residents or migratory visitors, can be viewed on foot in the jungle and open grassland while on bird watching and jungle walking tours there as a part of the Chitwan adventure trip.

We participate in canoe rides along the Rapti River on the western side of the Chitwan National park. It provides the fantastic experience of viewing a quarter of the world's remaining Gharial population which is shelter under its banks. This fish-eating crocodile has long been hunted for the supposed aphrodisiac qualities of its snout.

UNESCO designated Chitwan National Park as a Natural World Heritage Site in 1984. We begin our Chitwan Jungle Safari either taking a car or bus drive from Kathmandu or Pokhara. There is also a regular flight connecting Chitwan with Kathmandu. Thus this is a wonderful opportunity to take a relaxing Chitwan wildlife safari trip. In fact, it can be combined with our trekking and peak climbing trips in the Himalayas. No doubt the Chitwan Jungle safari is one of the popular wildlife adventure trips available in Nepal. 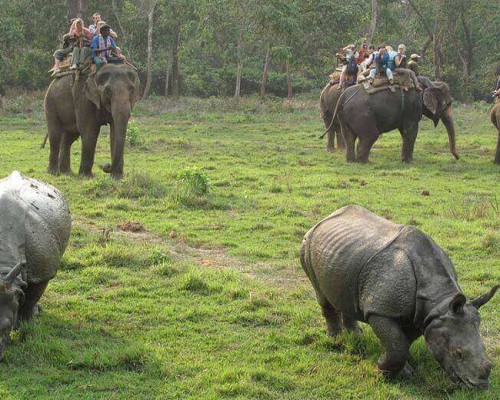 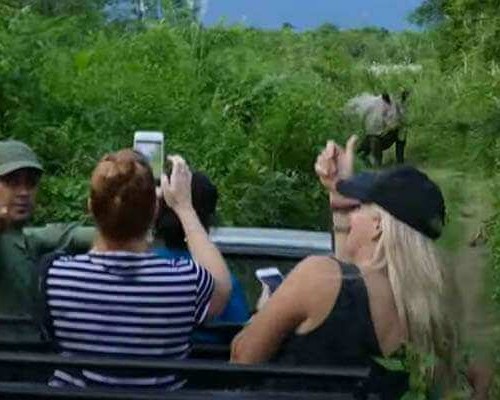 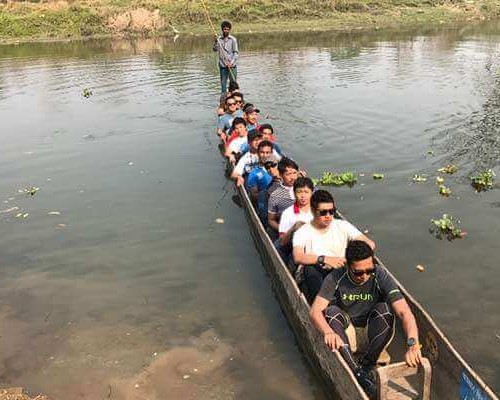 Arrive at Lodge and welcome briefing, safari starts with Elephant ride safari or Jeep drive or Jungle walk after the lunch. Dinner with slide snow.