Who would have perhaps thought in our country, Nepal, that on Saturday (holiday) precisely at 11:56 am on the 25th of April 2015 people would have to endure the most agonizing power of Mother Nature?

There was a huge commotion of the national and international organizations over the aid that was to reach the community in the affected areas after Nepal got hit by a 7.8 magnitude devastating earthquake on 25th April 2015 that took a toll of 10,000 lives and ravaged the normal life of millions. And thanks to all from far and wide who joined hands together to rehabilitate our country in such a time of crisis. There was chaos throughout and during which time the Mountain Monarch and its team set out to survey the affected areas with the hope of facilitating the bereaved families. The survey team was divided into three different groups and was sent to three different destinations despite the danger of landslides and multiple aftershocks.

This is the story of the team, the heroes who did make this whole rehabilitation program a success under the theme of “Rebuild with Mountain Monarch” and under the supervision of our designated Group Leaders. They actually left behind their families not being bothered about the circumstances they are to face on the way or in the areas they were rehabilitating.

MMA team set out for the survey – the village of Sanitar, Dolakha district, and the epicenter of the second big earthquake. 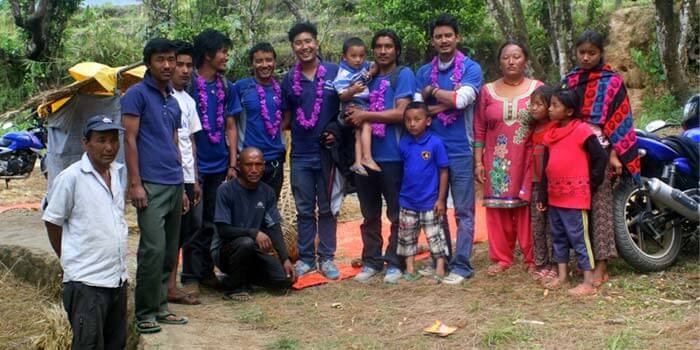 We received a very warm welcome from the villagers with fresh flower garlands and a gracious smile on their faces. 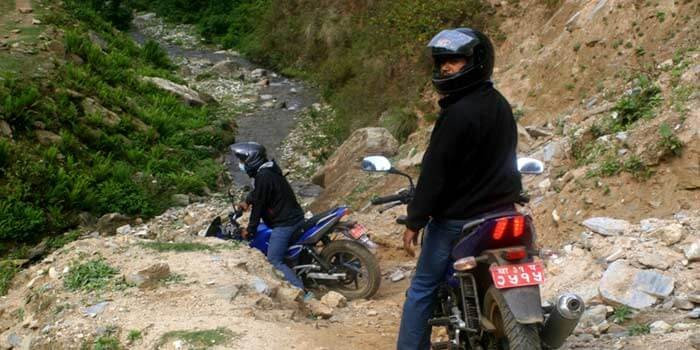 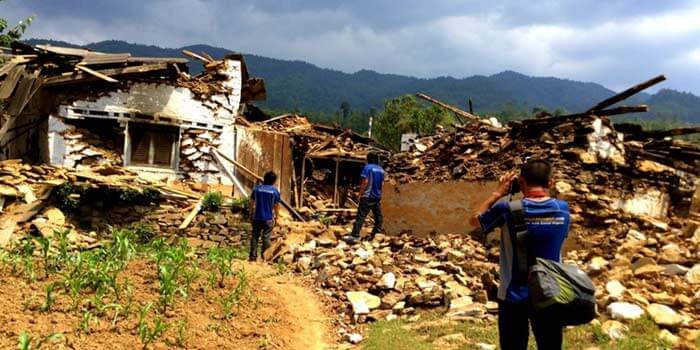 After the survey what we realized was that the shelter was more of essential support that the community would need rather than the food aid because of the monsoon and none had enough time to set up a new shelter to get away with the harsh monsoon that was near to start. Mountain Monarch, the founder of the project came up with the budget to aid the only families who are in real need of relief. But fortunately, our clients with whom we had had the honor of organizing their holidays and been in good friendship bond since then gave their generous support financially with which we could earnestly help the earthquake victims. However, without their benevolent support, we wouldn’t have gone this far with our rehabilitation program. Thanks to all the supporters.

MMA team managed to build over 20 shelters one health post and two schools in the district of Dolakha. 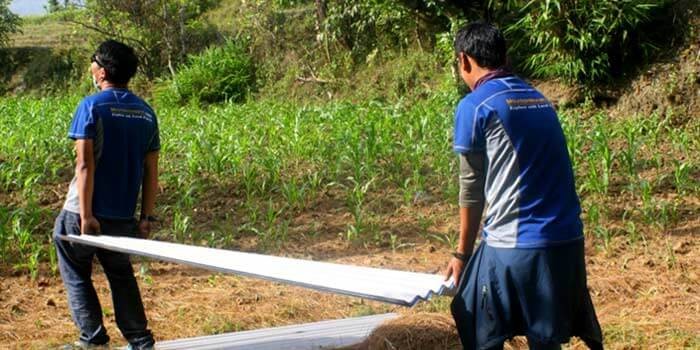 The team getting the tin roof to a place that was chosen for the collection and later distribution for the shelters that were listed to be built. 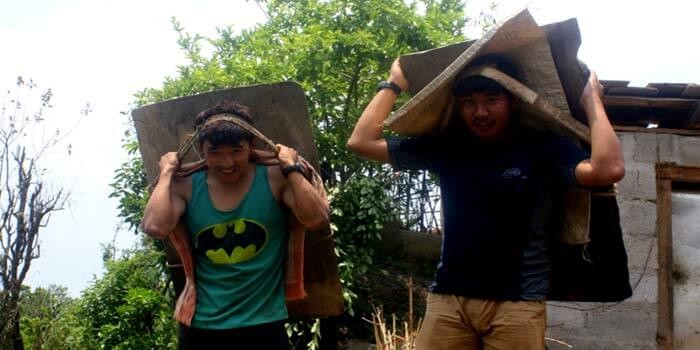 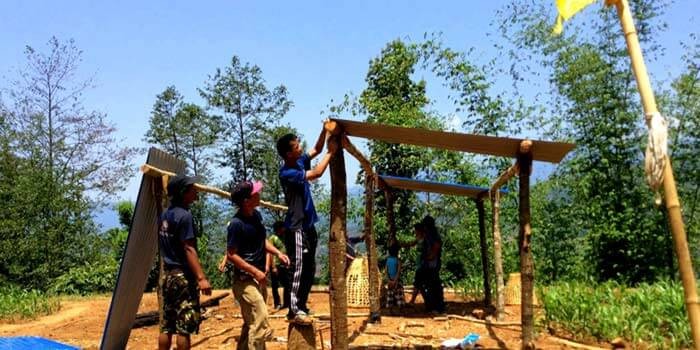 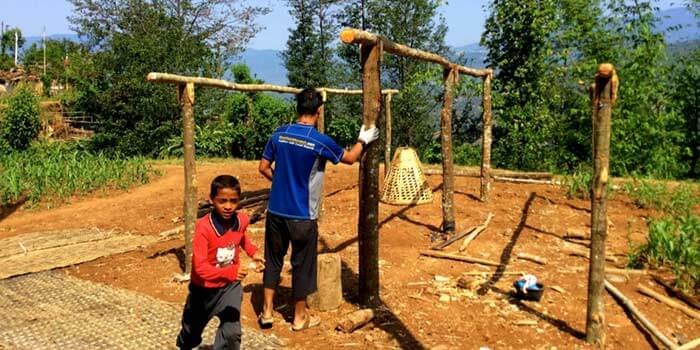 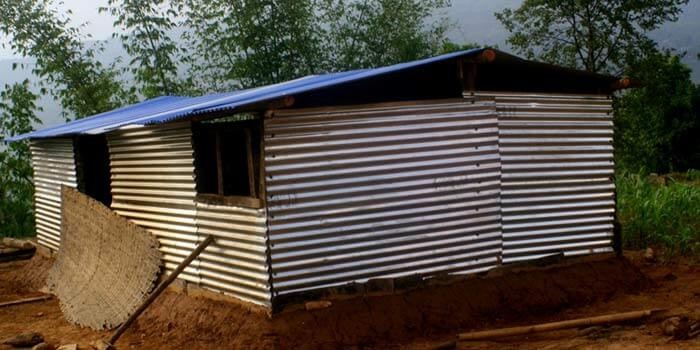 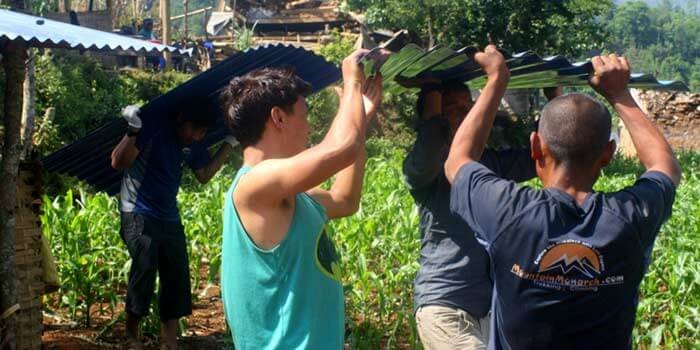 One of your team members inspecting the dimensions of the wooden pillars as we had a hectic time earlier to align the tin roof as the pillars weren’t set in the right dimensions. 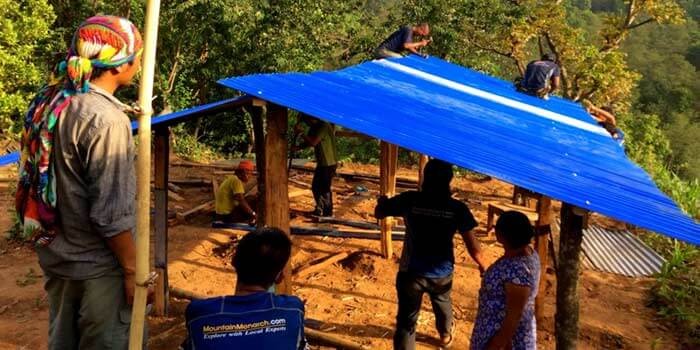 Finally, we managed to do it right. Someone came up with the idea of the right measurement in how to align the roof so that everyone could do much out of the materials that were provided to each family. We are to make sure that even the smallest family could have a bigger shelter. 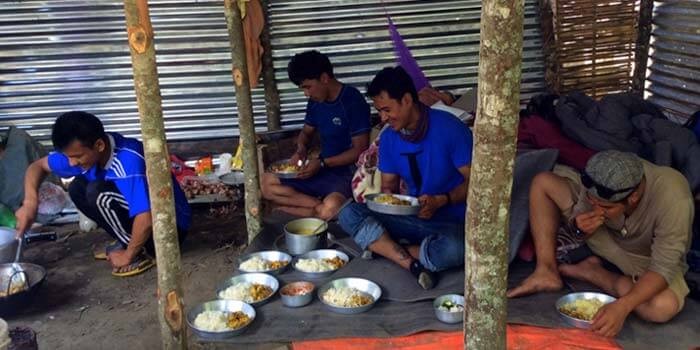 ‘I’m starving’ wasn’t the word we actually heard from the team as we were very well fed by the villagers now and then yet ‘Dal Bhaat’ was to be served. This was the glorious organic food prepared by the team. 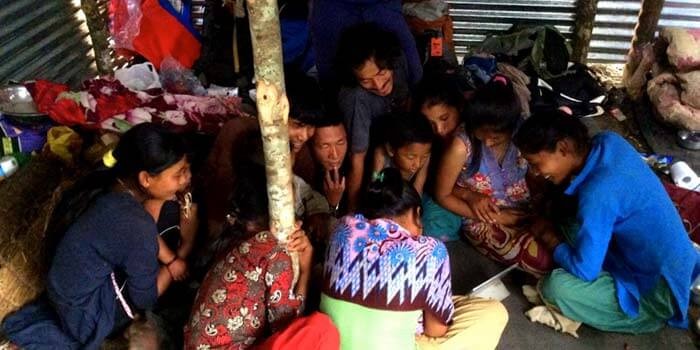 Villagers especially kids were fond of us being there and now they are having a great time with some Bollywood movie on one of our team’s iPad. Who said kids are always mischievous, the kids of Sanitar would come every morning to comprehend our work progress and since they couldn’t stop themselves from being idle they would come over and assist us with things like passing you the hammer, nails or going to a nearby shop to buy you fizzy drinks that you’d ask for in that scorching hot days. 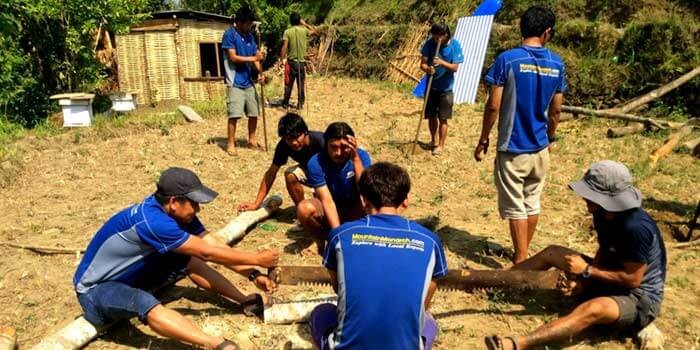 Mr. Pradeep Limbu, the source of inspiration, the founder and the chairperson of Mountain Monarch spends days at the remote village of Sanitar, Dolakha district giving hand to the team setting up an example of genuine motivation for a cause. 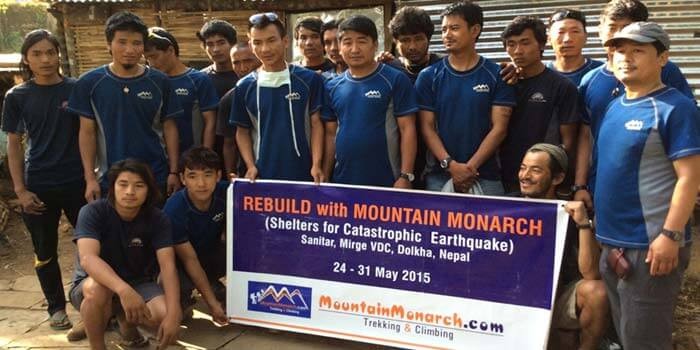 Work is done and now it’s time to say goodbye to the village of Sanitar. A Group picture was taken before we set off for another project to a different destination. 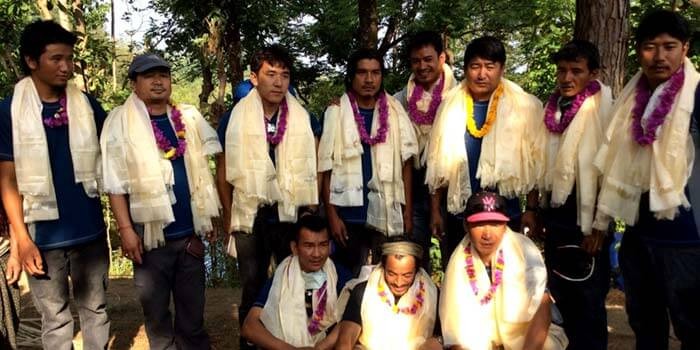 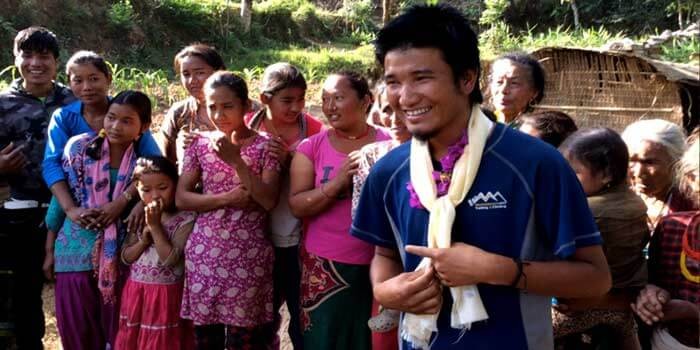 Someone very rightly said “Don’t cry because it’s over, smile because it happened”, yes indeed we did make our dream of rehabilitating the village of Sanitar happened. We were sendoff very ritualistically with a beautiful note of thanks from the villagers, the holy scarf, garlands, and souvenirs (organic vegetables). The village was in real need of the Health post and we took off with a promise of hope of coming back again for the health post to which their reaction was extraordinarily cheerful and the whole of Sanitar echoed with a slogan of long live Mountain Monarch. 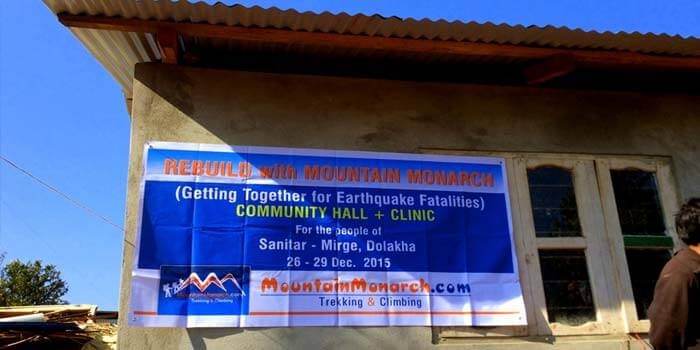 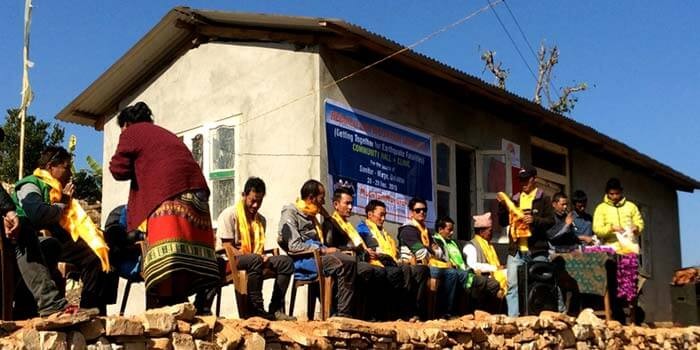 Our second visit to Sanitar, Dolakha in aid of building a community health post.

One of the MMA team performing the inaugurating ceremony, the health post is ready to serve – and now it’s completely in operation facilitating the community. MMA is very proud of what we did and could do for the earthquake victims which certainly gave us a different prospect of understanding our own society, their requirements, their way of living, and under what conditions they are living up for tomorrow. It was more of a chance to serve our own community and comprehend that a light of HOPE has so much to do in our life and can do wonders even in a time of severe calamity.