The Annapurna Machhapuchhre Trek (Fishtail) is also known as the Mardi Himal trekking for its outstanding mountain profile. The itinerary follows the least trodden trail away from the trekkers' madding crowd. We hike into the forests and the Himalayan settlements that have not felt the impact of tourism as such till now. There are newly open tea houses for accommodation on this trekking route now which used to be fully camping earlier. Thus this Machhapuchhre trek is suitable for those who have less time and wish to explore the off-the-beaten-track in Nepal with the essence of exploration.

We take a short drive from Pokhara to Phedi to start this Annapurna Machhapuchhre trek. After the drive, we start our trek the Dhampus on our way to Mardi Himal. We ascend through the traditional settlements and pristine oak and rhododendron forest. Undoubtedly it offers the close-up dramatic scenery of sacred Mt. Machapuchare, Mardi Himal, and many other peaks in the Annapurna range. The great ice fields and the blue glaciers of the Annapurna sanctuary walls lie below us while we are walking on the ridge towards the Mardi Himal. Furthermore, we descend from the different routes to the warm valley and friendly villages on the bank of the Mardi River. Surprisingly still away from the used popular trekking routes on our way back to Pokhara. Thus Annapurna Mardi Himal trek is one of the finest short off-the-beaten tea house treks in the Annapurna region. 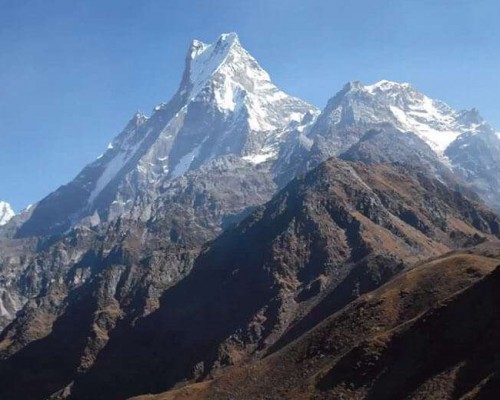 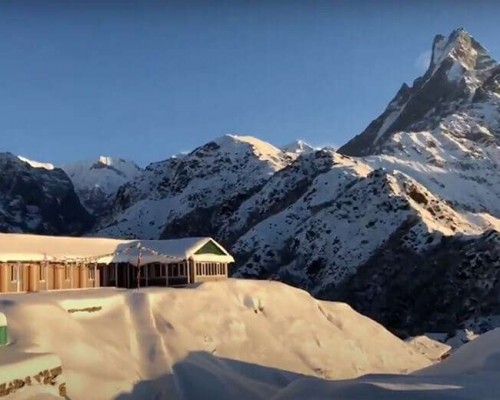 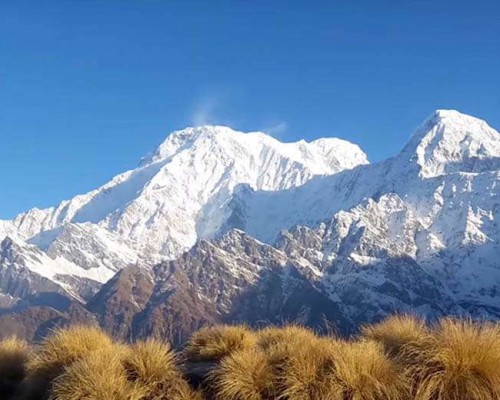 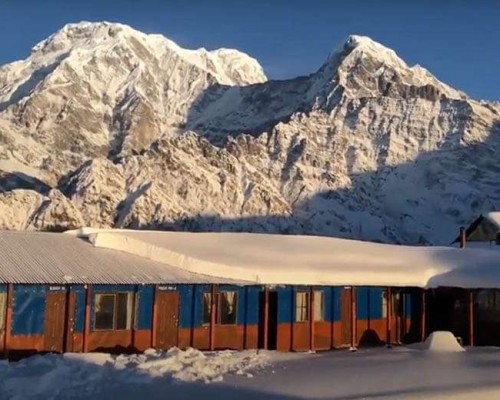 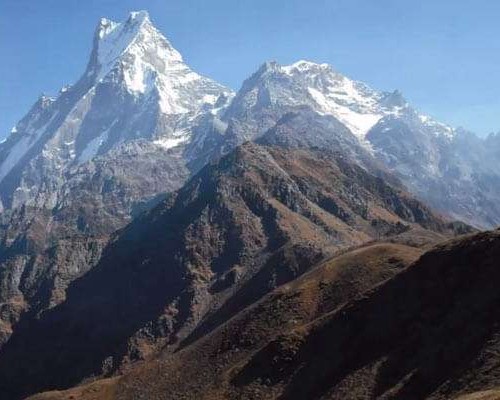 Mountain Monarch representative receives you at Airport and transfers you to the hotel for a short brief on hotel services. Dinner with cultural show in the evening.

Drive to Pokhara (980m) Approx 6/7 hour: After breakfast 7 hours drive from Kathmandu to Pokhara and check-in hotel then time to explore the lakeside town or enjoy boating in Fewa lake.

Siding Village (1,565m) walk to Milan Chowk short drive to Pokhara. Siding village has set up right above the Mardi valley gorgeously on the terraced hillside. Trek to Ghalel village a beautiful traditional village that enjoys Ethnic cuisine. The section of the drive is short and scenic an amazing experience of a short drive.

The morning we take a drive from Pokhara to Kathmandu through the picturesque two Major river valleys of Nepal, Afternoon Free.

The trip concludes and transfers to Airport as per individual flight schedule.