(based on 3 reviews)
Make an Inquiry
Of course, your helicopter is ready to hover over the Himalayas

Everest Base Camp Heli Trek with a Helicopter Return

We have specially designed Everest Base Camp Heli Trek with a Helicopter ride adventure from arrival to departure ex. Kathmandu in just 12 days. We know adventure travelers and trekkers wish to stand at the Base Camp of mt. Everest, and unfortunately, many can't afford more than two weeks. This short Everest base camp Heli trek with a Helicopter ride return out ensures safety and comfort are top priorities. Having the chartered helicopter fly out to Kathmandu, one does not need to worry about trekking out the same way to Lukla. Besides that not worry about the Lukla flight cancellation due to the unpredictable Himalayan weather. Most Importantly, our EBC Heli trek with Helicopter return itinerary is carefully designed to ensure enough time for proper acclimatization and exploration.

We take an exciting flight to Lukla to start the Everest base camp helicopter trek with a Helicopter return. Further, we hike to Namche, where we spend two nights on the proper acclimation. Next, we witness and explore the vastness of Thyangboche monastery before we head to Dingboche. The village nestles in the sunny valley facing the most beautiful Amadablam peak. Not to mention a great place to spend two nights adjusting to the thinner oxygen level before we climb above 5000 meters.

The alpine landscape becomes more rugged as we climb above the tree line on moraines to Gorak Shep via Lobuche. Walking to EBC over the Khumbu glacier moraines can be challenging but a tremendously rewarding effort for the sense of achievement. If you have ever longed to set eyes on the highest Himalayan panorama and stunning glaciers around you, the view from Kalapathar will stay with you forever. Ultimately we spent a night at Pheriche before taking the chartered helicopter return flight back to Kathmandu to end our Everest base camp Heli trek with a Helicopter return. No doubt one of the most scenic Heli rides amidst the spectacular valleys and stunning high peaks in the Himalayas. A great experience of a lifetime, never to be forgotten.

Short Everest Base Camp Heli Trek with Style and Comfort

We stay at a deluxe hotel in Kathmandu, and comfortable lodges with attached bathrooms at most places are available on the short Everest base camp Heli trek with a Helicopter return ride out from Pheriche. We ensure a medically trained, experienced trek leader with safety backups like an Oxygen tank and medical box. Furthermore, our signature responsible trekking policy of 01 TREKKER:01 PORTER.This short 12 days EBC trek with Heli return suites best for family and group of friends who have less than two weeks to complete the journey to the base camp of mt. Everest.

Everest Base Camp Heli Trek with Helicopter Return in 12 Days

After decades-long adventure experience organizing the journey to the base camp of Mt. Everest. We pioneer this 12 days Everest base camp Heli trek with a helicopter return from Pheriche to make this EBC trek short. Though this is a short EBC trek, we have designed the itinerary to ensure proper acclimation and safety on the journey to make it enjoyable and a lifetime trip. We run this trip in spring, fall, or even in December.

If you have time and less budget, we recommend you to join 16 Days Everest Base Camp Trek or the ultimate high passes trekking called Three Pass Trek or an expedition-style trek to climbing adventure to Mera Peak Climbing in the Everest region of Nepal. 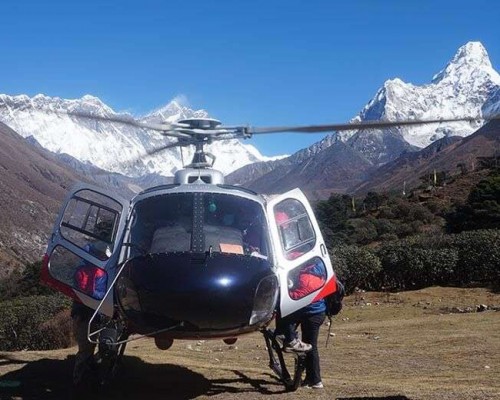 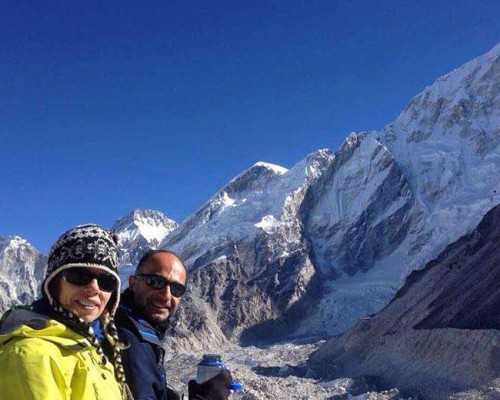 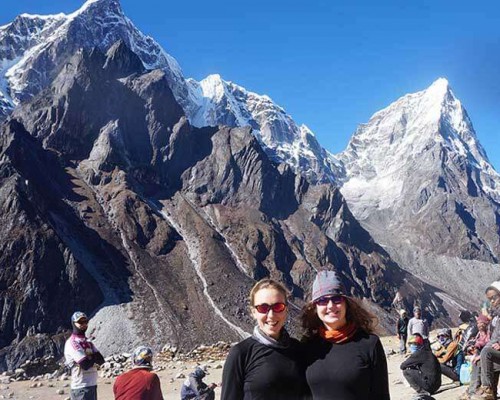 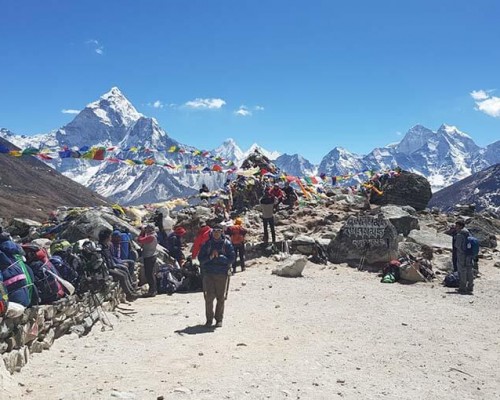 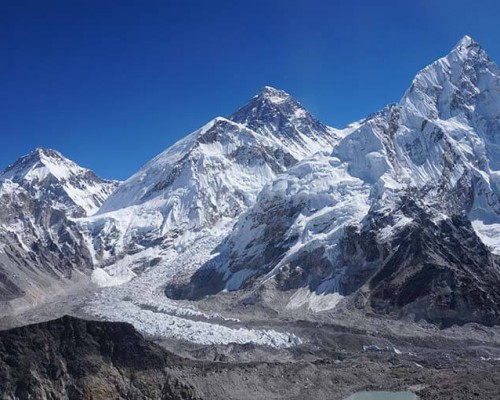 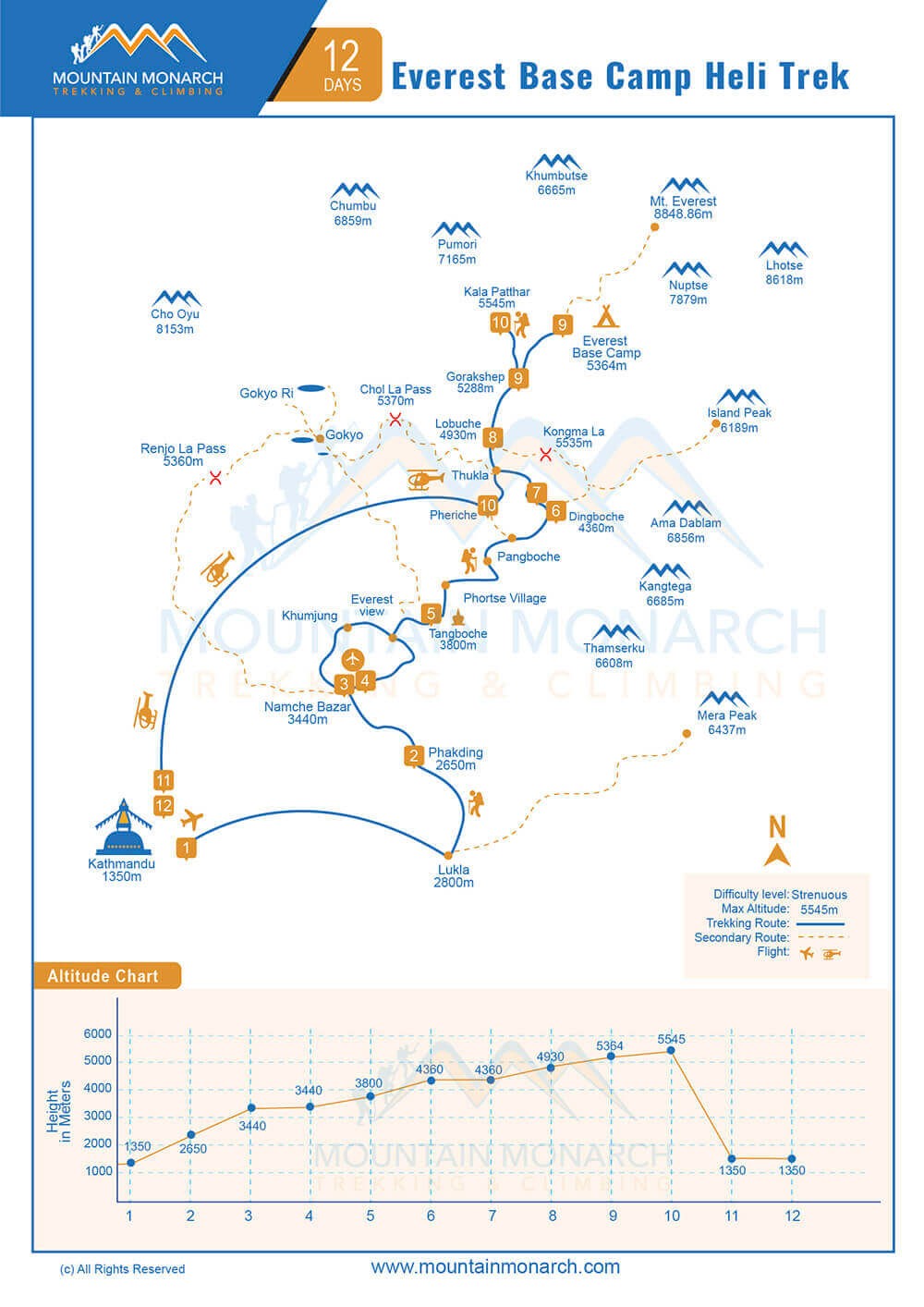 Less than two weeks' holiday? Want to join the Everest base camp adventure? Don't worry we have a fixed departure Everest base camp heli trek with a helicopter return ride-out package trip to make it happen in 12 days for 2023 and 2024