Less Trodden Trekking to Manaslu, the last Himalayan Jewel(based on 3 reviews)
Make an Inquiry
Impressive vies as seem from Bhimtang after the Larke pass

Manaslu Trek exhibits sensational mountain vistas, fascinating culture, and biological diversity in Nepal. The 16 days of Manaslu Circuit Trek spans 600 to 5200 meters elevation - one of Nepal's last Himalayan jewels. It exhibits the unspoiled diverse culture and tradition with beautiful views of Mt. Manaslu. Undoubtedly this trek suits best those looking for a less trodden and challenging adventure in Nepal. This is one of the restricted region trekking done in 2 weeks in the local teahouse. Not to miss this trekking itinerary is a part of the Great Himalayan Trail. This Manaslu trek is also the best alternative to the classic Annapurna circuit.

We start our Manaslu trek in Nepal from Lapubesi after the drive from Kathmandu via the Aarughat. Trekking along the Budhi Gandaki river, the trail meanders, scrambles, and climbs its way along the confines of the valley. Much of the Manaslu Circuit trek is in the region known as Nupri, an area of strong Tibetan influence with the trade route between the regions. As we trek higher, the Hindu culture is being replaced by Buddhist features of Mani walls, Khanyi gates, and Chortens as the topography changes. This Manaslu region is a natural habitat for many elusive wild animals. Such as the snow leopard, grey wolf, musk deer, Himalayan Thar, and blue sheep - Keep your eyes open!!

Larke La pass is the highest vantage point in the Manaslu trek. The classic and challenging ancient salt trading route link the Buri Gandanti with Marsyandri valley Manaslu to the Annapurna region. The view from the Larkya pass is simply superb. Himlung, Cheo Himal, Larke peak, Annapurna II, and Mt. Manaslu can be captured from the pass. After the Larke Pass, we descend through the beautiful alpine valleys at Bhinthang and Jagat. Furthermore, the route joins the classic Annapurna circuit trekking before driving back to Kathmandu. You need 16 days for this Manaslu circuit trek in Nepal from arrival to departure from Kathmandu.

The best time to do this 16-day Manaslu Circuit trek is the spring ( March to May) and Autumn ( September to November) seasons. We have departure dates to join in the Spring and Autumn of 2023 and 2024. If you wish to have a private trek and customize the arrival date in Nepal, we can customize it. 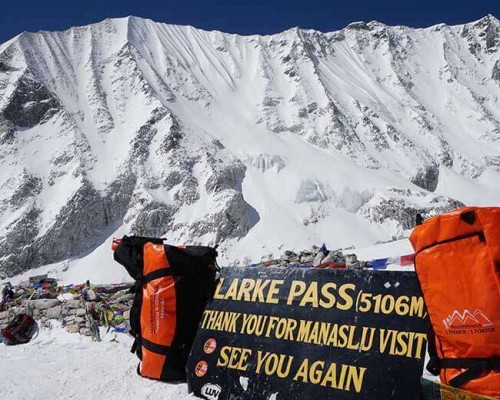 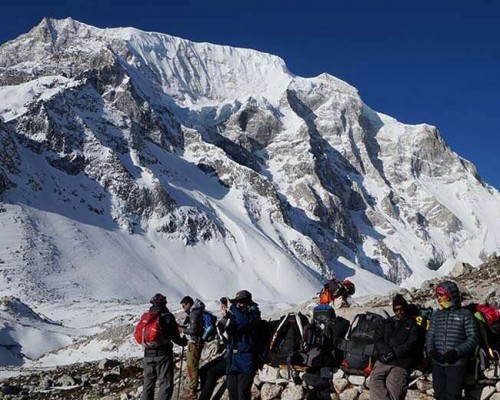 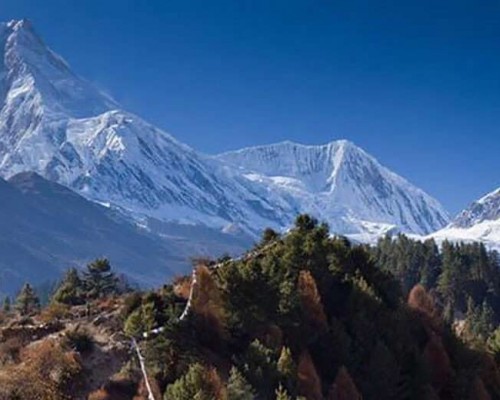 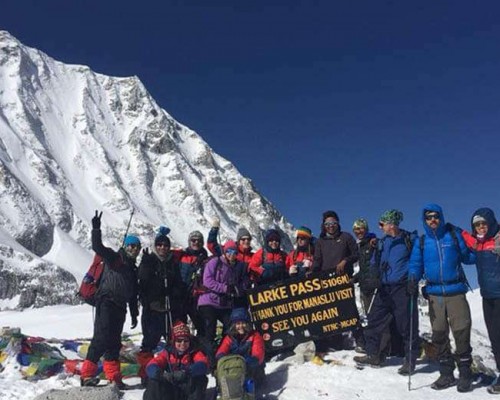 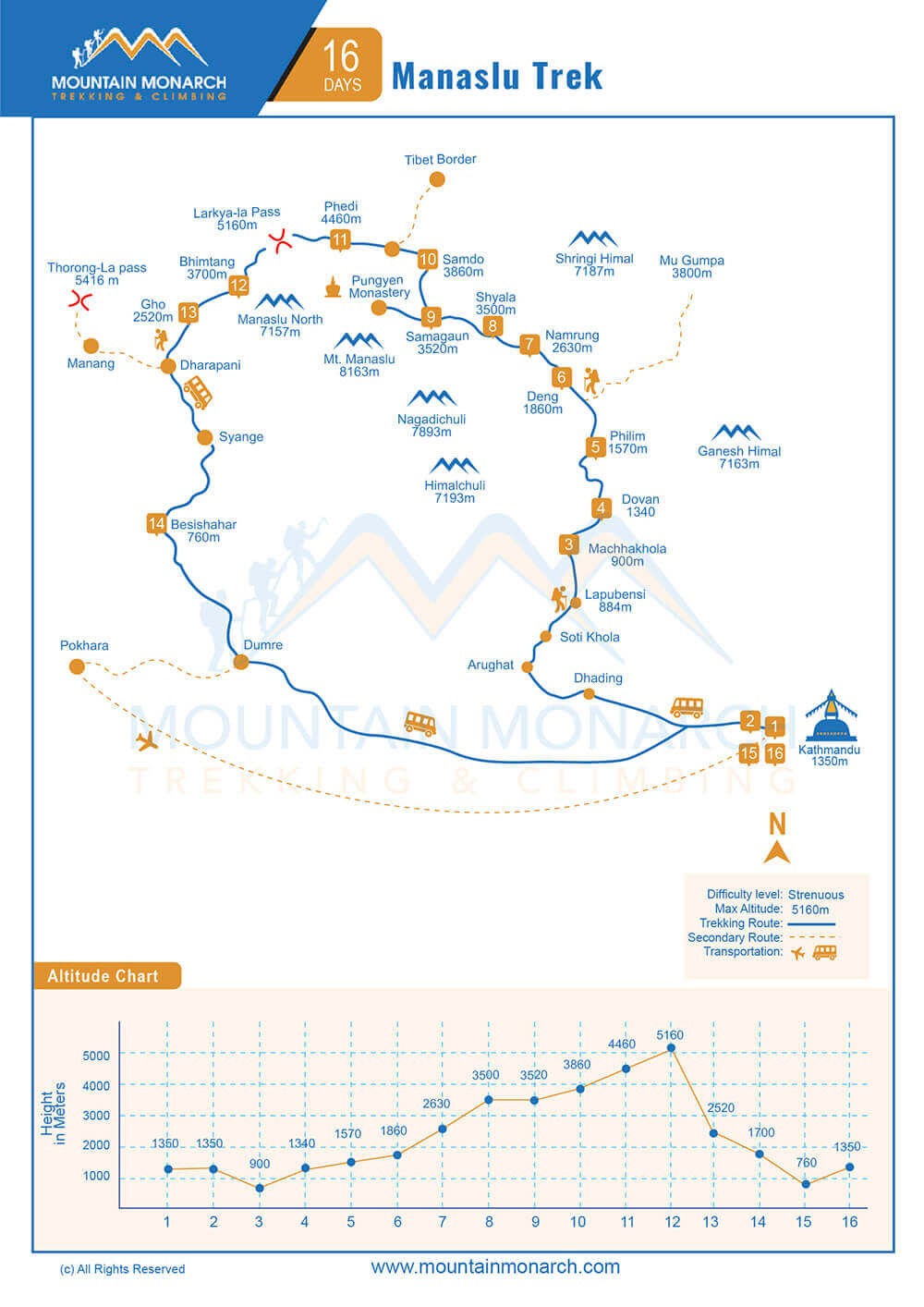 Today we descend to Gho for a present walk through the rhododendron forest. We see the different faces of the majestic mountain Manaslu. We stay at a local teahouse, and they have hot shower facilities there ( weather permits). The next day we take a drive to Besishar via Dharapani. Besisahar is the trek starting point of a classic around the Annapurna trek.

Today is the last day in Kathmandu; as per your flight details, we will make sure to drop all of you at the Kathmandu international airport on your way home after this adventure of being a lifetime.

Round Manaslu Circuit trekking itinerary in the Himalayas: Check out the walking hours, sleeping elevation, places of interest, and major highlights, including the majestic peaks

We offer fixed departure group joining trip departure dates with an all-inclusive package trip cost. Check below the departure dates for 2023. With a minimum of two trekkers, let us know if you wish to have customized trip dates.H