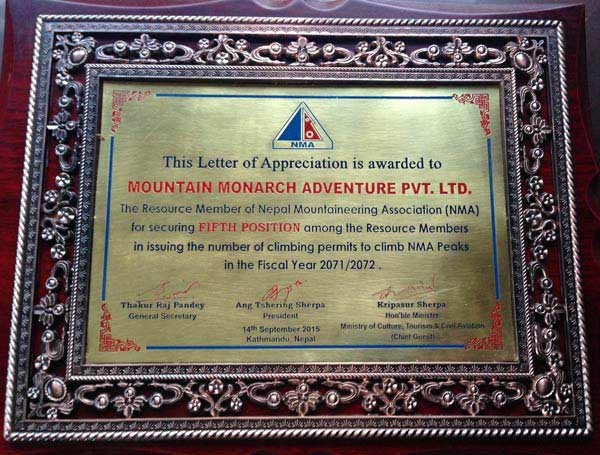 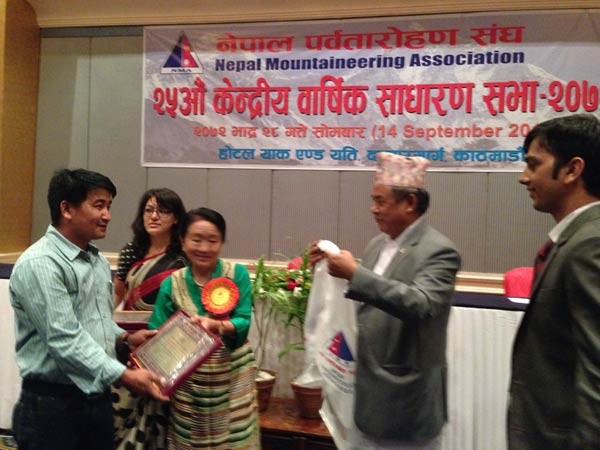 Mountain Monarch Adventure is awarded the TOP 5 out of more 1000 registered trekking companies in Nepal in organizing the trekking peak climbing in Nepal on last year 2014 / 2015. Mountain Monarch has succeeded to gain 9th position earlier year 2013 / 2014.

Nepal Mountaineering Association (NMA) is the only alpine club authorised to issue all the trekking permits of 27 trekking peak ranging from 5849 meter to 6500 meter peaks in Nepal Himalaya. All these trekking peaks are under 6500 meter situated close to the popular and accessible hiking and trekking routes and some days of great climbs of several in combination of wonderful tea house or camping trekking in Himalayas.